Aguileño D Centurion is a spectacular stallion with excellent morphology and great beauty. This stallion has three very good gaits: an elastic and well-mechanized walk; a cadence and suspension trot; and a wide, expressive, and ascending canter. Besides, his character is extraordinary, he is a gentle and intelligent horse with a disposition for training. 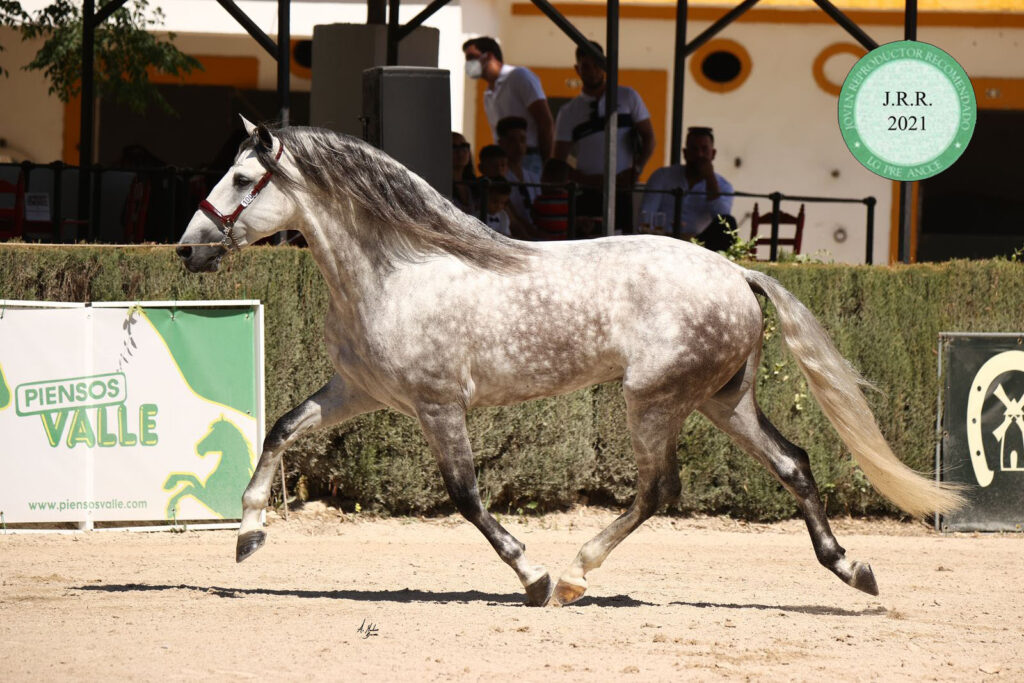